PHOTOS: Legislators, KC Area Leaders Stress the Need to Vote No in August, Call Out Republican Amanda Adkins for Silence on Reproductive Rights

PHOTOS: LEGISLATORS, KC AREA LEADERS STRESS THE NEED TO VOTE NO IN AUGUST, CALL OUT REPUBLICAN AMANDA ADKINS FOR SILENCE ON REPRODUCTIVE RIGHTS

Amanda Adkins’ silence proves she opposes Kansans’ right to privacy and to make personal health care decisions best for themselves and their families. As Chair of the Kansas Republican Party, she pushed for a plan to make abortion illegal, even in the case of rape and incest. If these extremist views weren’t enough, Adkins has also backed initiatives to defund organizations that provide essential health services ranging from cancer screenings to HIV testing and more.

Despite recent calls for her to answer for her extremist views, Adkins has remained silent on the issue. With the stakes higher than ever, Kansans have the right to know that their representatives will stand against extreme bans on essential reproductive health care.

Read key quotes from the speakers below:

State Representative Susan Ruiz:
“The attempt to overturn Roe v. Wade not only is an attack on women, but it’s an attack on all of us. We understand that we have a right to privacy and we have to fight for it. Republicans have been playing the long game all along. We know the majority of U.S. citizens, the majority of Kansans, don’t want this. We want these freedoms.” 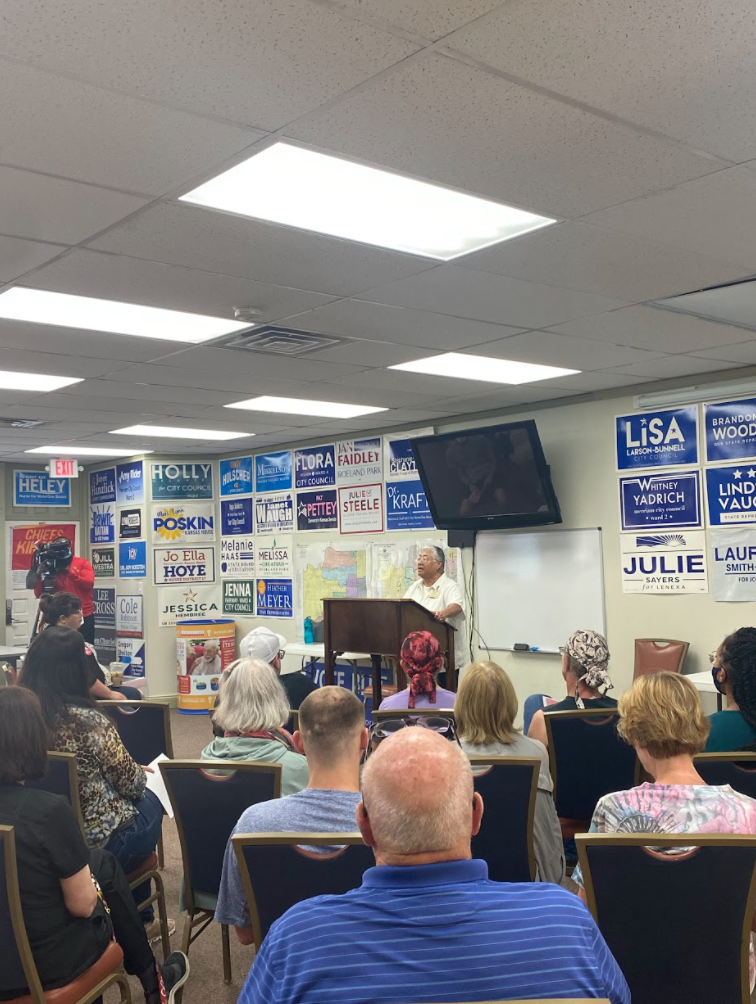 State Representative Christina Haswood:
“I want to ensure this system [reproductive freedom protections] is still in place. Not only as a woman of reproductive age, but for my children and grandchildren and the generations after me…There is no coincidence that the Republican chose August 2. Beginning of August is when college students are traveling and moving. I think it is discriminating and creating barriers for the very group it’ll be affecting. Elect candidates who will stand on these issues and advocate for your rights.” 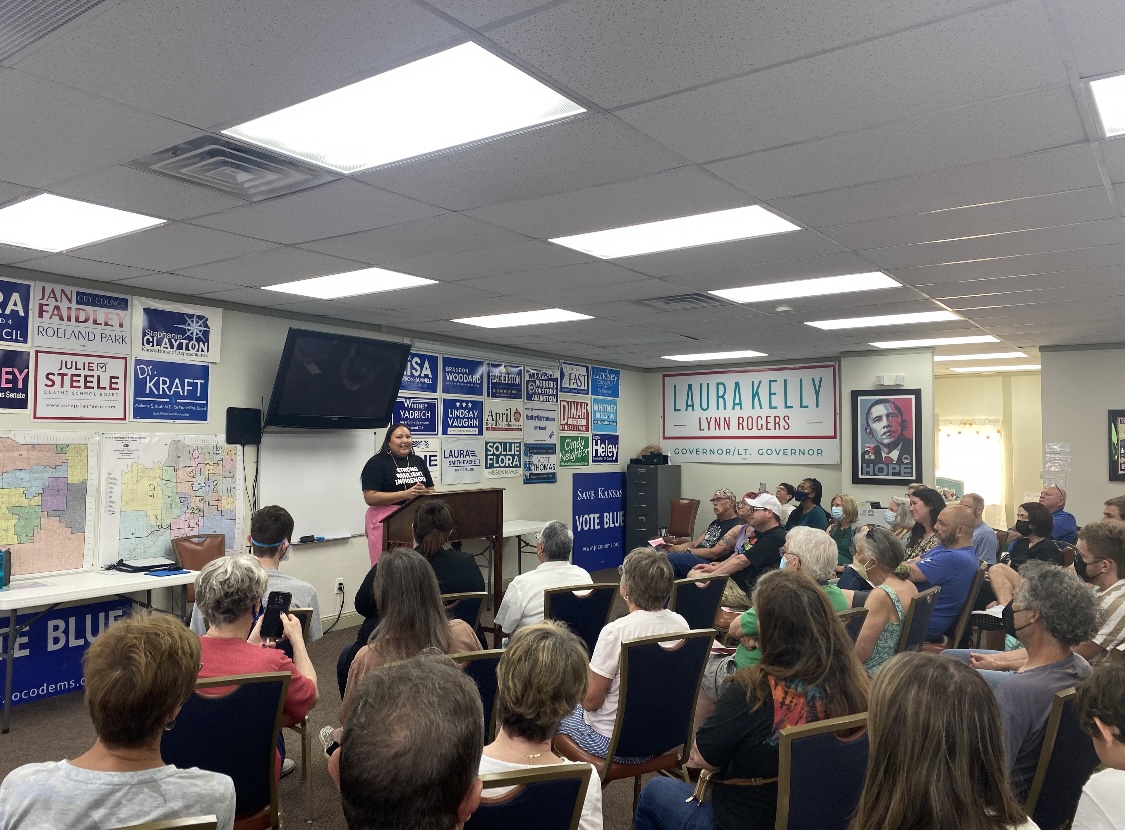 Johnson County community leader Jennifer Day:
“With this being a critical election time for us, it’s concerning to me that Amanda Adkins doesn’t seem willing to share her position on Roe v. Wade, or reproductive rights for those of us in the 3rd District. In the past, Adkins has pushed to make abortion illegal, even in the cases of rape and incest. She backed plans to remove funding from Planned Parenthood, which provides affordable health care to tens of thousands of Kansans every year. Her views aren’t supported by a majority in the county and our state… This fall, voters will make their voices heard and will fight back with everything we have to elect pro-reproductive-freedom leaders at every level of government, including here in Kansas’ Third Congressional District.” 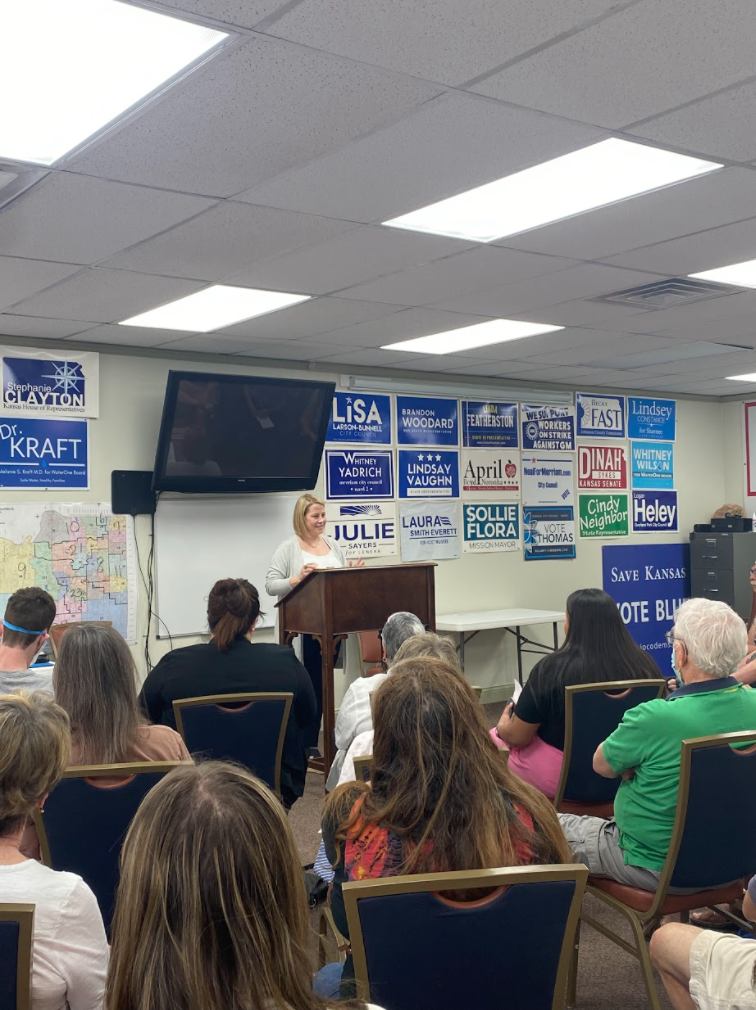 State Representative Stephanie Clayton:
“Kansas is a state who values freedom above all. When it comes to representation, it comes to terms of respect: respecting yourself and respecting others. Decisions you make about your bodies are none of my damn business. You would be surprised how many Kansans, particularly Republicans, believe how much privacy should be protected and equal rights maintained.” 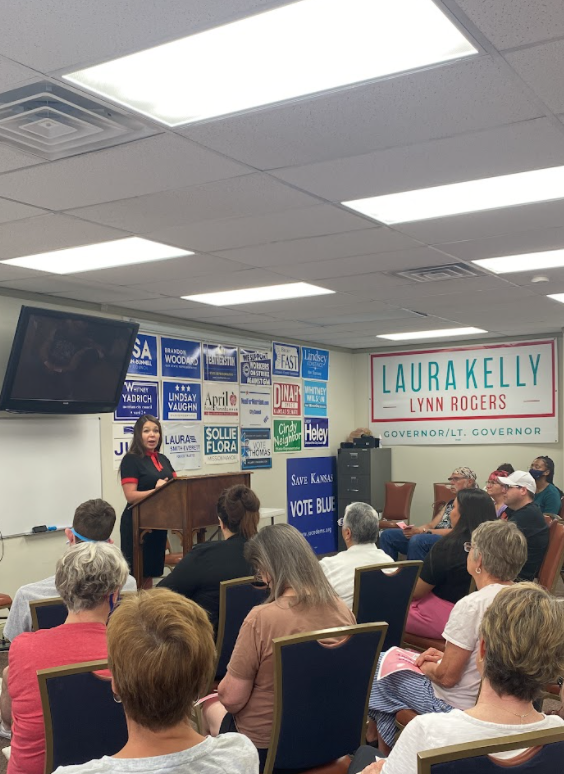